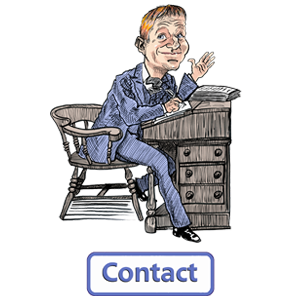 The Swidgers is a Fantasy Adventure comedy series narrated by our young Swidger hero himself, William. And as it is William telling his own tale, you, the reader, discover its secrets the same time as he does. So join the journey! Walk with him... well, not just walk, but run, hide, find, explore, chase, search and discover too! 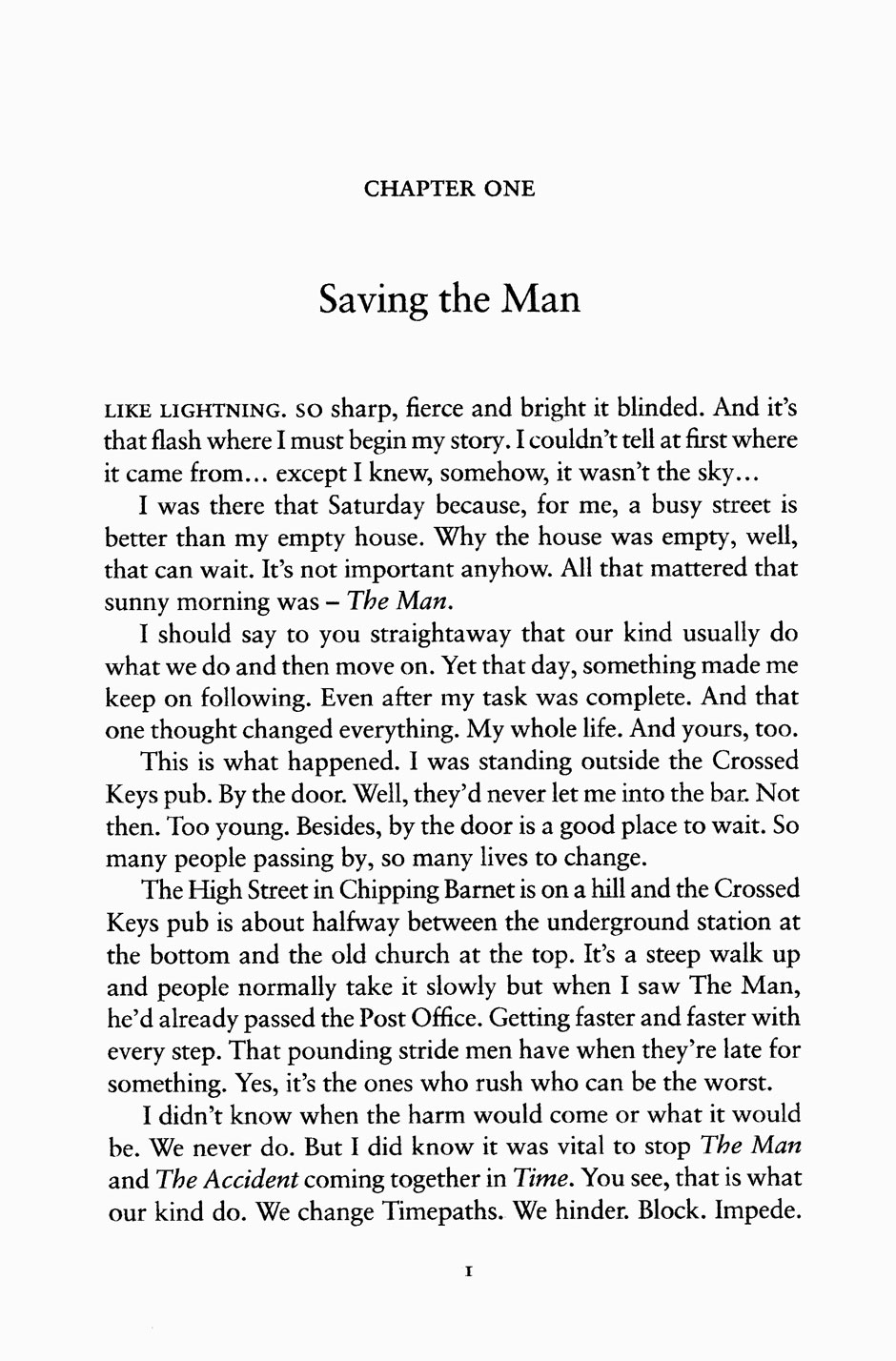 Swidgers, though human in form, have a special cosmic energy running through their bodies that tells them when and how to intervene in human lives for the better. 'Street Angels', you might call them. Yet Swidgers, just like us humans, have growing pains. And young William is going through that age now and so wants to share with you his struggles, fears and doubts. You see, William is a very 'un' sort of hero. Unsung. Unsure. Unnoticed. But like many young people, William underestimates himself, for in truth he's as smart as silver and soon discovers he's more than capable of figuring things out for himself. And his is a truly amazing story that takes him from doubtful and unassuming boy to daring and resourceful young lad, who's inventive, quick thinking and, when he needs to be, sneaky too. The first novel in the series, THE TIME THAT NEVER WAS, begins in the middle of a Swidge that goes almost tragically wrong with the result that William finds himself in deep, deep trouble. But help comes from an unexpected visitor who goes by the name of 'Granny'. And what a no-nonsense-not-to-be-messed-with Yorkshire woman she turns out to be! At first William isn't sure what to make of this feisty old Swidger, but soon her earthy humour and sense of fun wins him over.

And it's not just William who's fallen for Granny. Book lovers across all age groups have taken to unpredictable ways, with young readers especially singing her praises – "Granny was hilarious"… "My favourite character was grandma because I thought she was funny" – and so too have teachers – "The character of Granny is wonderful, and a genuine source of comedy that is all too commonly lacking in young adult fiction. Her tales and one-liners are laugh-out-loud funny" … "I found myself unable to contain my laughter and trying to get the kids to bed early so I could go on with the next chapter!" In the tale, Granny reveals that the Swidge that went wrong, nearly ending with someone's death, was the result of an 'attack' from a dark and powerful Energy that will eventually come after William himself. As the plot unfolds, William's quest becomes not only to discover why the attack happened but also the reason this mysterious Energy needs him. Yet here's the dilemma: William seeks to know, yet the knowing will destroy him, for Granny tells William that once he truly understands who he is, and what it is that makes him so different from other Swidgers, well, that's when that the final 'attack' will begin. And remember, she says, this malevolent Energy can never be destroyed or killed. But, she adds, it can be outsmarted, so given Time and a little bit of encouragement, when the final attack does come, perhaps William will no longer be the boy he was…

The writing style of the series is pacey and filmic. As one young reviewer observed, "When I was reading the book I was there because I could picture the events so clear. It was like I was watching a movie". And because the narrative is written in the first person there's a constant sense of immediacy, suspense and danger. The tales mix comedy, sci-fi, adventure, fantasy and horror, though ultimately it's a mystery story that works like a giant jigsaw puzzle where William has to cleverly put together all the different pieces. The twist in the plot is that the piece that's missing is in many ways William himself…

The series begins in contemporary London and involves characters you might meet or see every day. It's what you may call a 'Feet-on-the-Ground' Fantasy for it takes a primarily rational view of our world, with the exception that Swidgers are a supernatural element that have been added to it. As one teacher put it in his report, "The author has created a fantasy world that resides within the reality of this one, which is reminiscent of elements of HARRY POTTER, or DOCTOR WHO in that the magic and wonder exist unseen." Another teacher report observed, "being rooted in a recognisable and very believable setting, the novel is immediately accessible and introduces sci-fi elements gradually and very convincingly." And of course this kind of feet-on-the-ground fantasy genre has proved extremely popular with readers of all ages ever since the days of H.G. Wells and Jules Verne. 'The smallest good can put right the greatest wrong'

Swidgers, with that special cosmic energy of theirs that allows them to change our human life paths for the better, mainly do what they have to do without show or fuss. The inspiration for Swidgers is obvious. You must have heard someone say of a friend, 'Oh, she touched so many lives,' or 'what he did, you know, it may not have seemed much, but it helped more than anyone can say.' Well Swidgers are people just like that, those ordinary unsung heroes of life who make a big difference – only in our adventure series they've been given a fantasy form. And it's from this central idea of seemingly insignificant actions resulting in major changes comes the theme of the book: It's the smallest good that puts right the greatest wrong. The Swidger book series is a fascinating Time Adventure with a unique twist. Wasn't it a young Danish prince who once observed, "The Time is out of joint, O cursed spite / That ever I was born to set it right?" Well, suppose Time really is out of joint. You see, the back story of the Swidger world is that Time and the Universe have been deliberately put out of kilter by a malevolent Life hating Energy. And we only have to look around us in the world to see the misery that has resulted. But, as Granny observes, unlike the self-absorbed Prince Hamlet, Swidgers don't curse their role in it putting right… they relish it! And it's this idea of correcting Time that's at the beating heart of the tales and it's one that has particularly appealed to young readers – "I really like the concept," wrote one Year 8. "A really original idea," said a Year 9. And teachers have agreed. "I love the concept at the heart of the book," noted one. "We have only lightly scratched the surface of the depth of potential in this world," penned another. And the philosophical and moral ideas around the nature of Time underpinning Swidgers are crucial to the action of the story. It's often been said that the dynamic of any tale is ultimately only as compelling as forces of antagonism working against the hero. One teacher picked up on this when he wrote in his report, "The villain of the piece is well constructed and plotted… The ultimate exploration of time-shifting and a parallel universe as William re-traces his steps to out-wit his Nemesis sets up a greatly exciting finale to the story that pays off, leaving us with a staggering cliff-hanger at the end of the book". Another said, "the final chapter left me wanting more; thank goodness a series is planned." And William's confrontation in this story with the Dark Forces working against him is just the beginning of a long and arduous battle… From Young Minds to Grown-ups – "I wouldn't hesitate to recommend it!"

Yes, essentially THE TIME THAT NEVER WAS, THE TIME WE SAVED TOMORROW and THE TIME OF YESTERDAY’S RETURN are rollercoaster adventure yarns, yet there are also thoughtful and moral tales. One book club organiser compared the series to DIVERGENT and MAZE RUNNER, and another teacher said in her review "There's a real sense of joy of language here and whilst they may not understand every single word, young readers will appreciate the sophistication of much of the language, enjoying being treated as a bit more 'grown up' than when reading the latest ALEX RIDER or CHERUB series." Other readers have said the series reminds them of A WRINKLE IN TIME and the groundbreaking work of Philip Pullman.

The age group that the Swidger book series is best suited is probably eleven and over, but with its many complex philosophical and moral ideas there's also clearly a grown-up reader appeal too. Enthusiasm for the books from teachers, and indeed all adults, has been just as good as that of the children. William tells a fabulous story, with a wide range of wonderful and brilliantly drawn characters, but perhaps what makes it truly stand out is that it's funny. So let's then leave the final word to one young reader who said of our tale, "What struck me most about reading 'Swidgers' was just how funny it was. I didn't expect to laugh quite so much when reading a story about a lonely boy with special powers, trying to stop catastrophic events occurring… I found the book exciting, entertaining and very, very funny and wouldn't hesitate to recommend it!"